From the collection of the Netherlands Institute for War, Holocaust and Genocide Studies (NIOD), Amsterdam 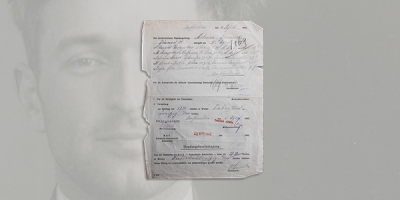 This receipt was given to members of the Dutch Henneicke Colonne in 1943 for the Jews they had arrested and delivered to the German authorities.

It was proof that they had received the amount of 5 X 7.50 in guilders as a bounty payment. Though most of these receipts were destroyed, some surfaced after the war. It is proof that the German authorities used a bounty system as a stimulus to catch the last few thousand Jews who were still in hiding. The Henneicke Colonne, led by and named for the stateless Willem Henneicke, arrested between 8000 and 9000 Jews in the period from March to October 1943. His twenty-five full-time employees were helped by just as large a group of people who were more than happy to assist when needed. They were notorious for sparing nobody, using extreme force and bribing and stealing from the people they rounded up.